For 700 years, the Château du Fréchou has commanded its naturally defensive site with panoramic views over the Gascon countryside.

Built on the site of a medieval motte and a previous Roman settlement, the existing castle dates to the middle of the 13th century.  It was built to defend the possessions of Edward I, King of England and Duke of Aquitaine, who gave it to Vital de Cazenove in 1289.  As a result of a feudal dispute, the Comte d’Armagnac and Amanieu d’Albret besieged and captured Fréchou in 1322.

In 1536, the Chateau became the property of the Montpezat family by marriage. In the 1560s, the Château was remodelled by Comte François de Montpezat, Gouverneur of the Agenais. To him, we owe the Renaissance tower and its staircase, as well as the imposing Entrance Gatehouse.

His son and heir, François, Baron de Laugnac, sought his fortune at Court at the age of 18. Handsome and charming, he rapidly won King Henri III’s favours and was made Capitaine of his personal guard, the “Forty-Five”. He thus took the lead in the plot instigated by the King against the Duc de Guise, the leader of the powerful Catholic League financed by Spain and first cousin to Mary Queen of Scots. On 23rd December 1588, François de Laugnac and his men ambushed the Duc at the Château de Blois, on the Loire. 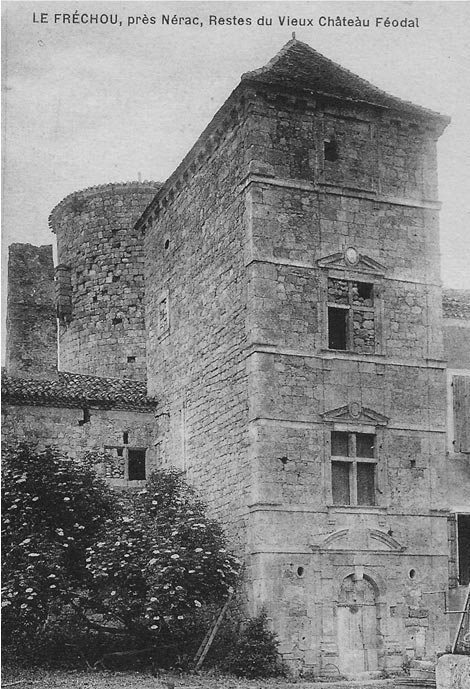 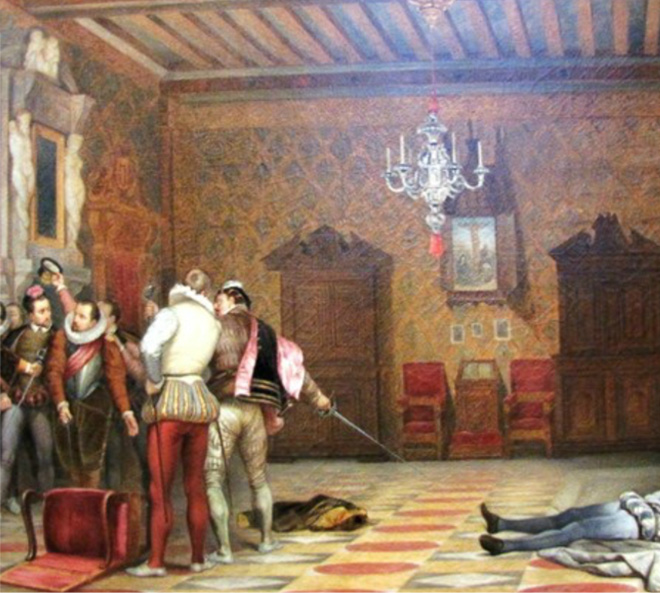 The Duc was murdered and in the turmoil that followed, François fell out of favour at Court. His ambitions shattered, François reluctantly withdrew to the Château du Fréchou. Two years later, François was in turn killed by Catholic League soldiers in skirmishes that followed the accession to the throne of Henri IV. His brief life was over at the age of just 25, but François nonetheless left an indelible mark on French history inadvertently by enabling Henri IV to become the first king of the Bourbon dynasty, following the murder of Henri III, last of the Valois line.

A long period of gradual decay and neglect began in the early 17th century as the fortunes of the Château ebbed. At the end of the 17th century, the Château du Fréchou was inherited by the Marquis de Chazeron. The Château survived the Revolution but was sold in 1810. Having become a farm in the 19th century, it became increasingly dilapidated. Partially ruined, it was saved from the 1970s onwards by Michel and Aline Taulet, who undertook its restoration. The Chateau was acquired in 2015 by Jean-Michel Reynaud, with the assistance of the British architect and landscape designer Giles Vincent.